The Benefits of Micromachining

Micromachining is the process of manufacturing very small parts with tools smaller than 50 µm in diameter and holding tolerances to only a few microns. Micromachining has allowed engineers to create very small, extremely intricate parts. These parts are used for various applications and are found in nearly everything we touch today. Two industries the use micromachining in a lot of their products is the consumer electronics market and the medical device markets. In order to effectively create these small micromachined parts, you need machinery with high accuracy motion systems with sub-micron resolution, high-speed spindles and then miniature high speed cutting tools. 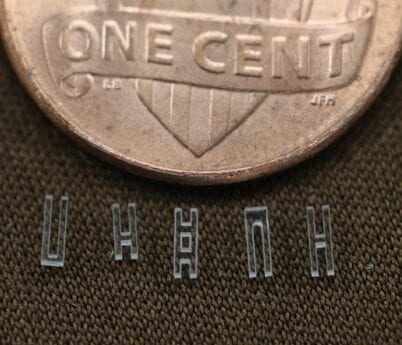 History and Evolution of Micromachining

Traditional machining has been around for decades; however, micromachining is a relatively new, or young, technique. Micromachining was developed to address the fact products were getting smaller and at the same time these new products were more intricate and more complex.

The traditional machining tools could not meet these needs and precision engineers and machinists began to develop new machine and techniques to produce these smaller parts. They accomplished this first by using smaller tools, high speed spindles, and higher precision stages…mostly through trial and error.

While these new high-precision, high-speed micromachining tools revolutionized the machining market, the small tools were expensive, and the tool wear-out made it difficult to hold features and tolerances, they were great for prototyping and small production runs, but something was needed to address the volume production needs.

In the mid 1990’s industrial lasers were making their way into the micromachining markets. With lasers and because the machining was non-contact they were quickly adopted, and the high-speed spindles were being replaced for lasers in a number of different processes.

Benefits and Applications of Micromaching

The ability to make smaller, more precise parts has produced a number of benefits. The main benefit of both high-speed spindle micromachining and laser micromachining (micromachining) is their ability, and moreover the reliability, to repeat at scale the efficient production of small intricate parts with high tolerances.

These new micromachining technologies also offer the ability to do single process machining for smaller parts. This means that milling and turning can be done on the same machine, thus reducing the lead time and allowing parts to be manufactured at increased efficiency and reduced post-processing.

Advancements in micromachining is an ideal process for machining prototypes, as well as parts that feature micro pieces made of plastic, and metals. Because of micromachining’s ability to create clean cuts and precise dimensions, many industries have taken a keen interest in the practical uses of micromachining.

One of the most difficult materials to machine even with these new high-speed-spindle machines is brittle materials, materials like borosilicate, fused silica, quartz and other transparent materials. Citrogene has developed the right solution for machining the materials. With the demand for smaller and more intricate micromachined parts increasing as more industries see the value of these parts, finding a premier precision micromachining engineer company to meet demand is vital. To learn more about how Citrogene can meet that demand, and create your custom micromachined parts, contact us today.